Although I've primarily worked on Xubuntu documentation in the past, this cycle has seen me contribute quite a bit to gedit documentation. Unfortunately, I've asked, and the gedit team isn't going to be making an additional release for the 2.3x branch, so these updates won't be included in Ubuntu 11.04.

For now, though, I'm at the Gnome 3 documentation hackfest with Phil Bull, Shaun McCance, Johannes Schmid, Tiffany Antopolski, Natalia Ruz, and Germán Póo-Caamaño. Scott Nesbitt of DMN Communications and Words on a Page fame plans to stop by over the weekend, and Allison Lortie has been playing the part of gracious local host, doing airport pick-ups and coordinating our hotel stay / work locations. (Thanks, Allison!)

So, what are we doing here? The primary focus for Shaun, Phil, Tiffany, Natalia, and myself is to re-work the Gnome User Guide for Gnome 3. We are using the Mallard syntax to write more topic-focused help, addressing specific needs of users rather than providing help in a long-form manual format. We're currently on day three of the hackfest, but we have three and a half more days to go. We will need every day--there is still much to cover.

An additional focus of the hackfest is to write Gnome platform and developer documentation. This is primarily the focus of Johannes and Germán, but Shaun will be helping with this as well. Thus far, Johannes has been working on implementing Gnome-related programming tutorials in several different languages. Some of his tutorials feature sounds, and we hear bleeps and bloops coming from his laptop every now and then . . . he's making some pretty good progress.

Some of you may recognize Phil Bull's name, as he is on the Ubuntu doc team, too. That means two Ubuntu users contributing to upstream Gnome documentation. Phil is even writing parts of the shell documentation from within Unity. (Ok, he looks over at my laptop which is running Gnome 3). But still . . . Group hug, Ubuntu / Gnome. Group hug.

Finally, I know the rule of "pics or it didn't happen, so here are a couple of images to tide you over for now. 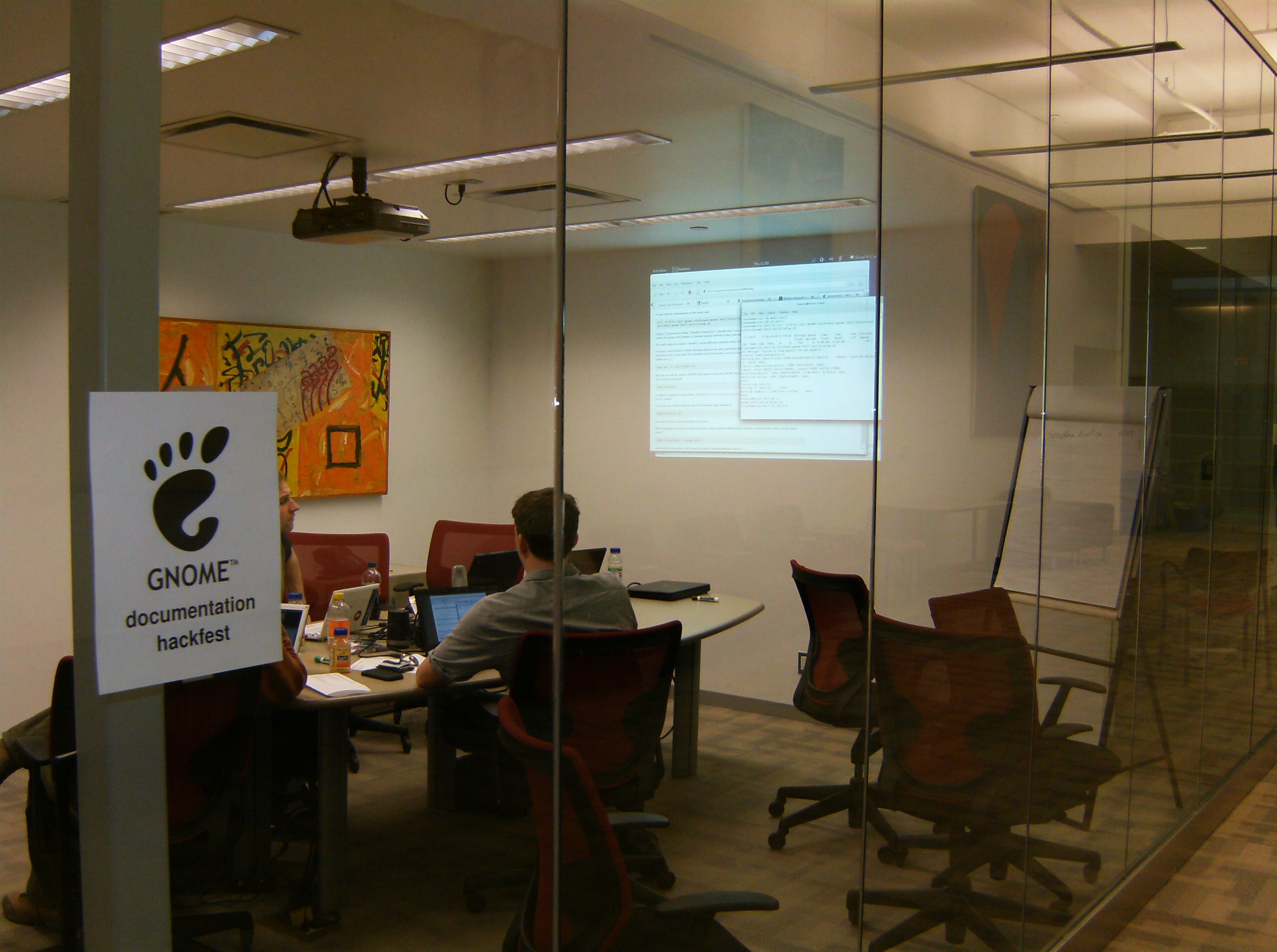 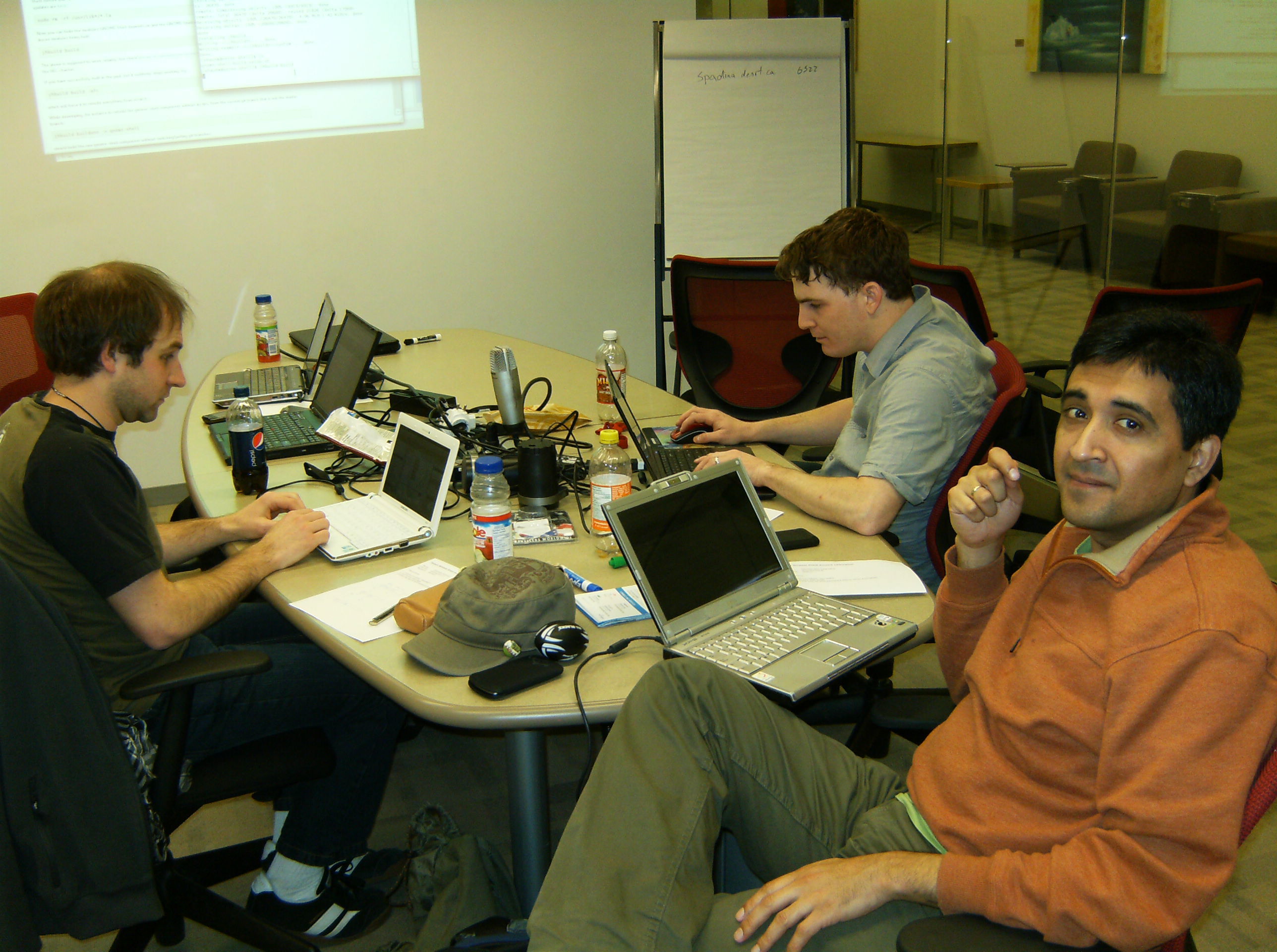 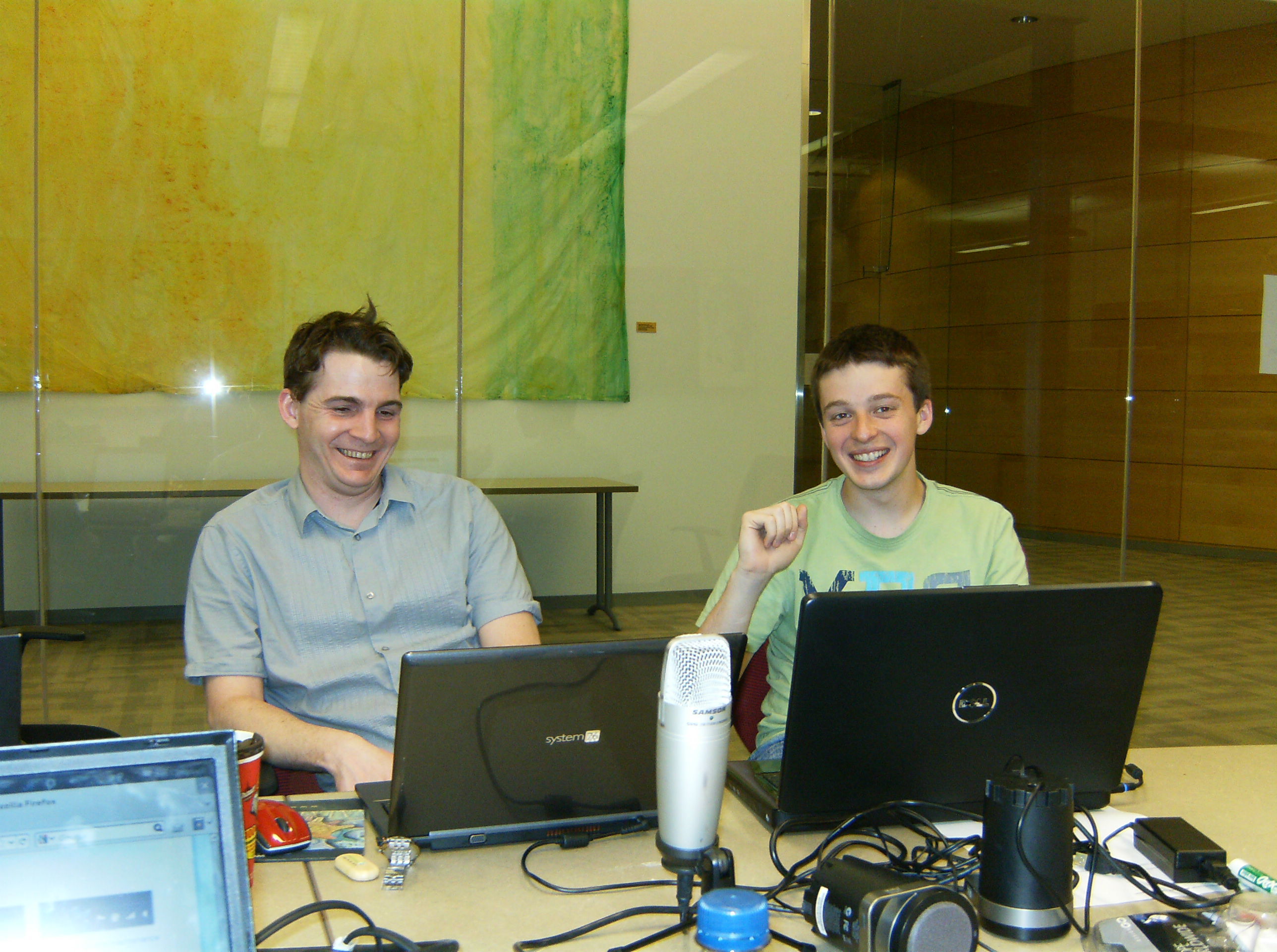 Thanks to the Gnome Foundation for sponsoring my hotel stay, to Syllogist.net for the muffins in the morning, and to Seneca College Centre for Development of Open Technology for providing the space.