This past Saturday we held our monthly ChicagoLUG / GNOME hackfest event at Pumping Station: One. It turned out to be pretty informative and productive. Evil Joel Luellwitz gave a solid talk on Linux security, explaining quite a bit about how /etc/passwd and /etc/shadow work. He included details about various hashes and logic / programming decisions that are incorporated into these core utilities to help keep the elite hackers out of our computers. 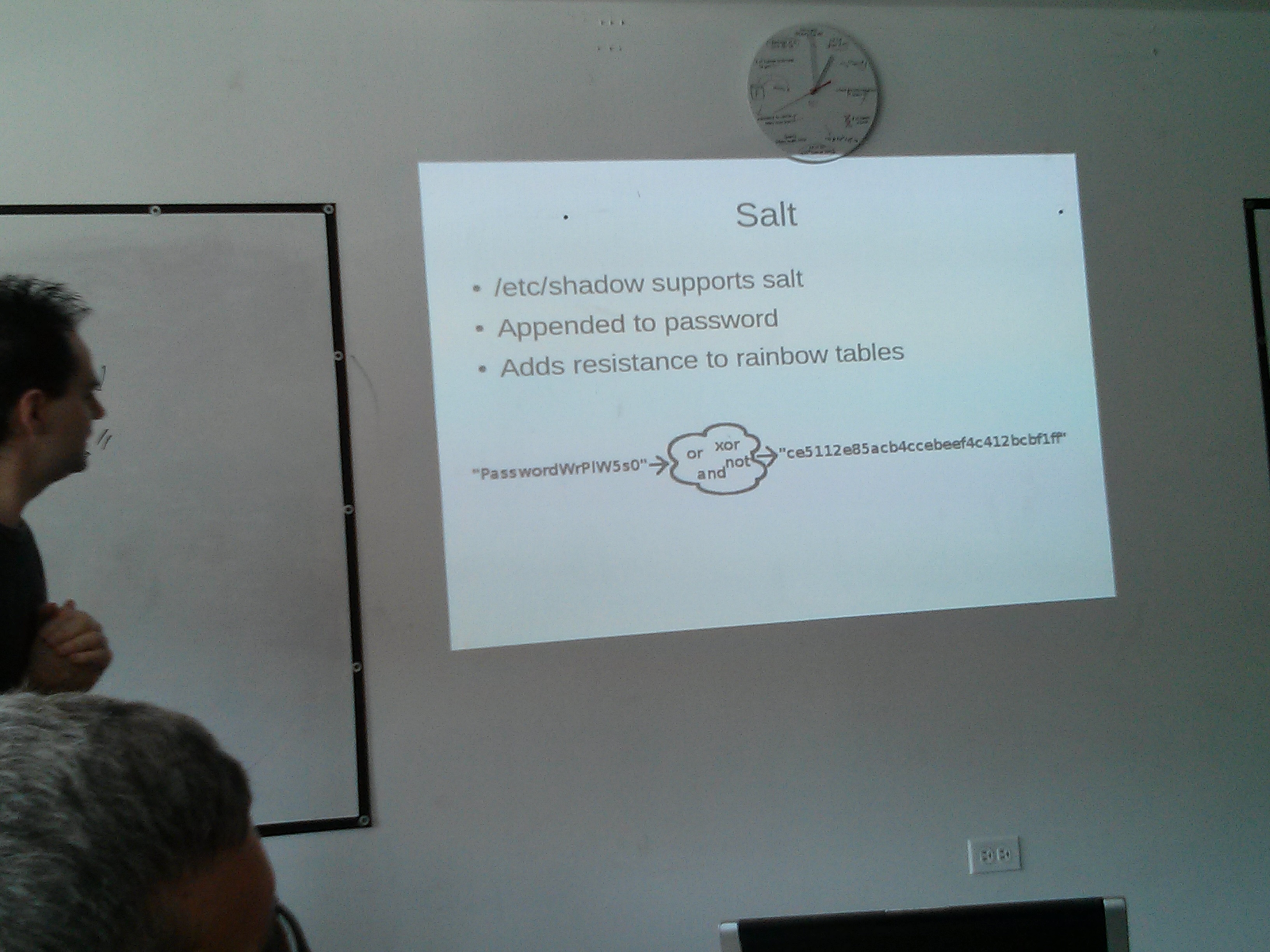 We had some new faces at the event, including one young woman who is just a freshman in high school, and who made the trip up from the far south side of Chicago. She had heard about Linux, and a page on Linux.com encouraged her to find a local user group. She made the trip up to our event by herself, and Joel even had to talk to her mom on the phone to explain a bit about the group and reassure her that we are legit.

Joel took the time during our hackfest portion to get a $DISTRO set up on her computer. She seemed to pick up on things pretty quickly, and she’s going to be giving Linux a shot! Not even dual booting – just going cold turkey. We all wished that we’d had the intuition and nerve to seek out such groups at her age.

The hackfest portion went well. Meg worked on adding CSS classes to UI elements of a GJS application that she’s been working on. Adding those classes will allow her to apply theming elements to the UI using regular CSS, and by the end of the day she was able to display her app with both light and dark GTK themes. Good stuff.

Andrew Spalding got to working on the new GJS-based GNOME-Music application, and I think he was able to get it to build by the end of the session. I reviewed about 20 of Sindhu’s gedit documentation patches, and merged them into master by the close of the day. Sindhu has been doing some solid work, and has moved on to the Rhythmbox documentation.

Most people headed home at around 5pm, but a few of us stuck around a while longer, and got sucked into unloading an electron microscope that had been donated to the hackerspace. Pretty sweet! Also pretty heavy.

We won’t be having a hackfest in April, as we have both Flourish and Penguicon coming up next month. We hope to set up a booth at Flourish, though. And I’m going try and get some ChicagoLUG stickers for the event.

Many thanks to the GNOME Foundation for sponsoring food for this hackfest. : )