Hello!! I emerge from my blogging slumber as part of some post-hospital-merger / post-Affordable-Care-Act-administration free software activities. You see, I went to LibrePlanet this past weekend, and I was as happy as this guy to be there: 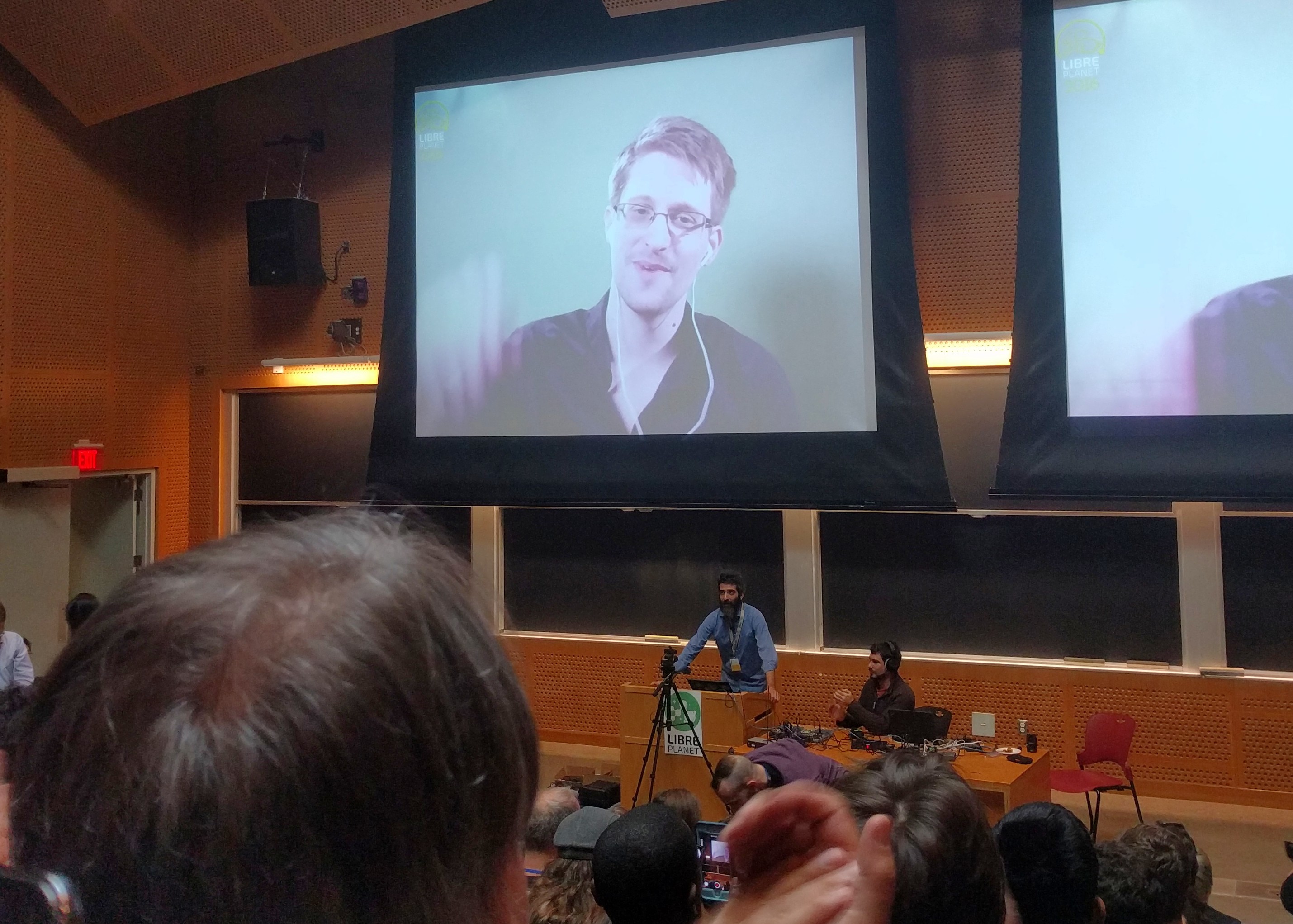 The various LibrePlanet session videos are making their way out to the LibrePlanet MediaGoblin instance, and I encourage you to check them out as they become available. It was a well-run, informationally-dense conference.

This year's event seemed to have a bit of an advocacy and social justice bent. I'm thinking in particular of LittleSis and of the Library Freedom Project. I'm also thinking of Luis Villa's talk, where he drove home how we can't just give people software licensed under the GPL and think that they automatically have their computing freedom - that we need to make that software compelling for users to actually want to use. I found this to be sympatico with some of the recent work and discussions around UserOps.

On the technical project side of things, Ring seems interesting, though in early stages of development. GNU Guix seems to at least be beta quality. GNOME is now available as a desktop in GNU Guix, so I may be checking it out soon.

DRM and the W3C

Something that wasn't part of the conference, but which immediately followed it, was a rally against inclusion of the Encrypted Media Extensions specification. The spec is currently under consideration by the W3C. If you want more info about the protest, Chris Webber gave a thorough recap of it, along with details of the post-protest roundtable discussion at the MIT Media Lab.

The interesting thing about the EME spec is that it doesn't describe DRM - it just seems to describe an intricately shaped hole in which the only thing that will fit is DRM.